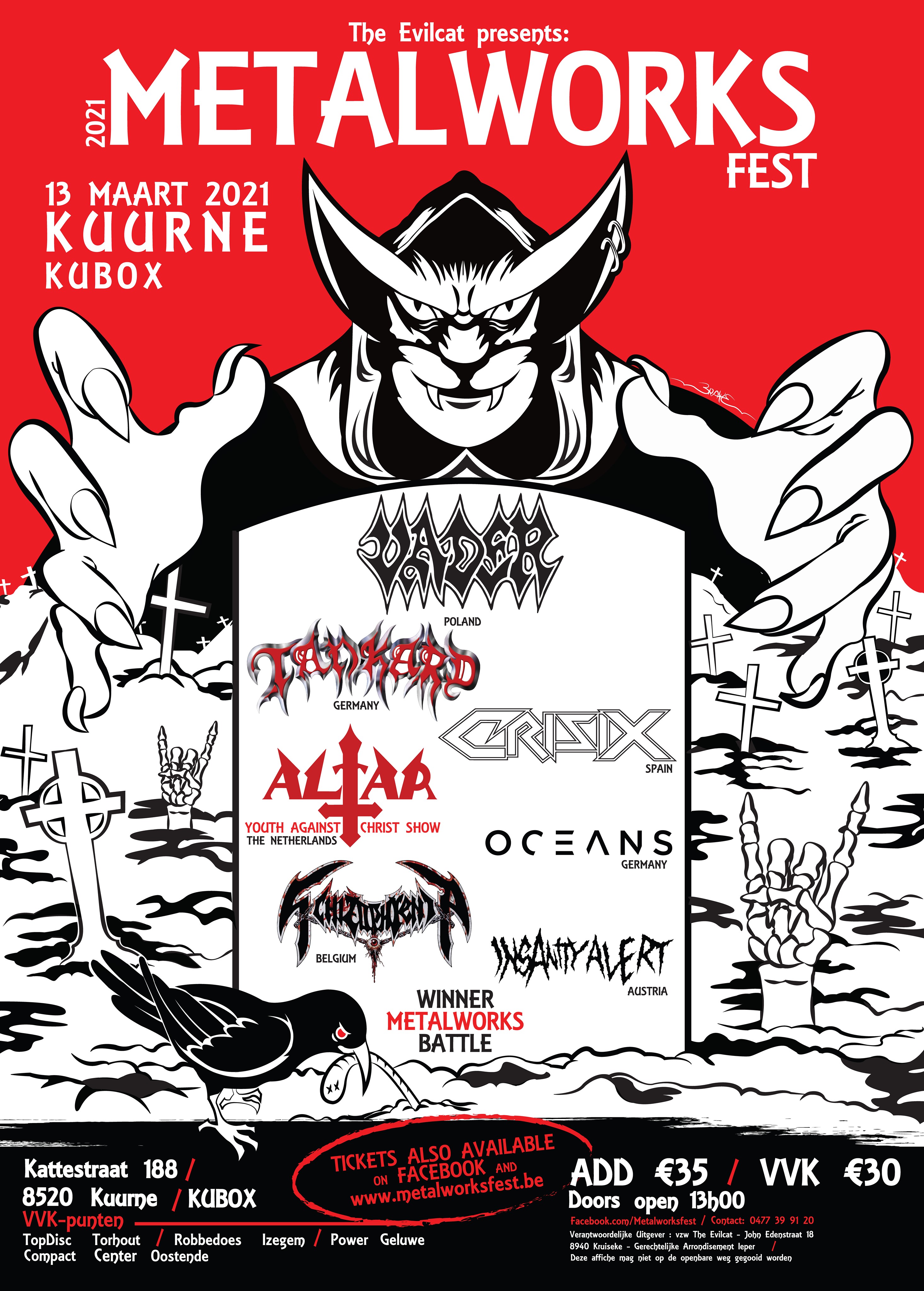 Metalheads, every year EVIL comes to Kuurne and 2020 will be no different.
This time the Evilcat comes with an exclusive Belgian release show of Sinister. And a farewell show from our friends Izegrim. To light the fuze and set the stage on fire the evilcat also gives you Your Highness, Hudič, Norvhar, Wild Heart, Hold The Crown.

So bang your heads, raise your beers and join us on Metalworksfest 2020!

On the 30th of March 2019 Kuurne will be the place to be for those who love a good METAL-TIME!
This year we feature names as Ostrogoth, Moker and Anwynn. Pure belgian metal for a pure belgian festival.
Come join us and buy tickets through our partners or by mailing us.

Thanks to those who made MetalworksFest 2018 possible.
See you in 2019.

The site is online

The official Metalworks site is online 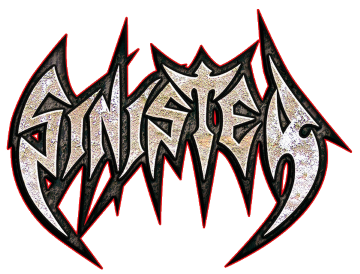 Sinister got its start in 1989 when death metal was just starting to gain momentum around the world as a movement. Signing to Nuclear Blast in 1991, they would go on to release five albums between that time and 1998, when they left the label. Moving to Hammerheart Records the next year, they found a new singer in Rachel Heyzer, making them one of the only death metal bands with a female vocalist. Their first album with her, 2001's Creative Killings, was their sixth altogether. The band broke up in 2004, but reconstituted itself a year later with original members Adrie Kloosterwaard (previously drums, then vocals) and Alex Paul (previously bass, then guitar) along with new members Bas van den Bogaard on bass and Edwin van den Eeden on drums. In 2006 the band released Afterburner, the first in a string of punishing full-length outings that included Legacy of Ashes (2010), The Carnage Ending (2012), Dark Memorials (2015), and Syncretism (2017).

On the 22nd of March, Sinister is realising their next album and they will be playing an EXCLUSIVE release show at Metalworks, 4th April of 2020. 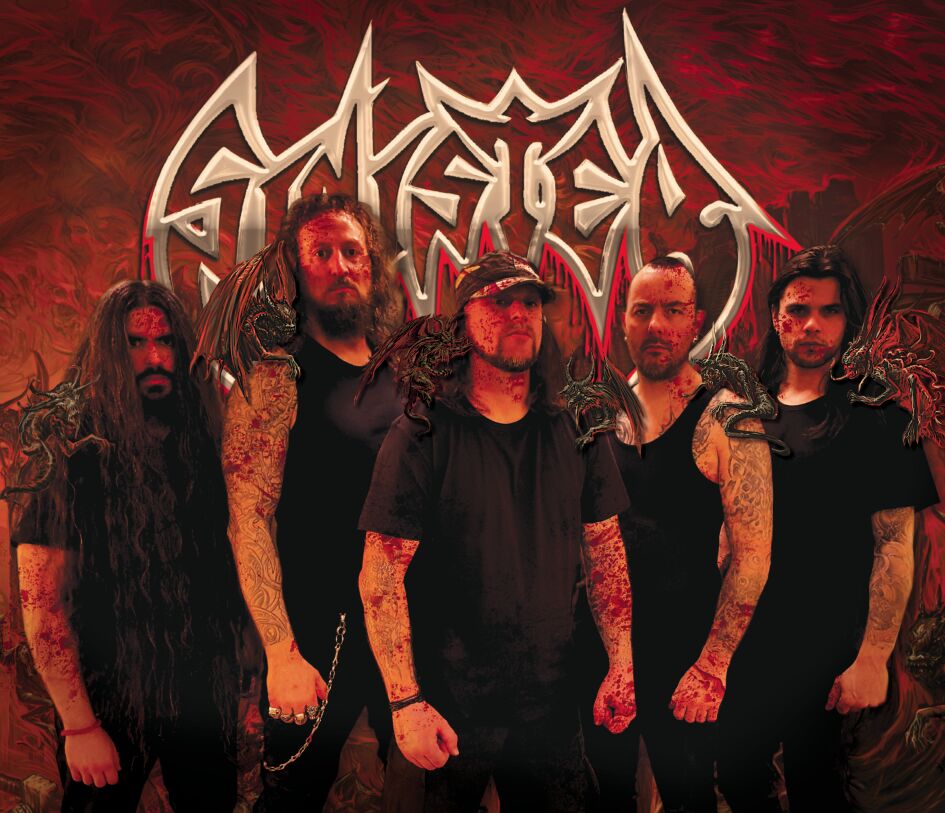 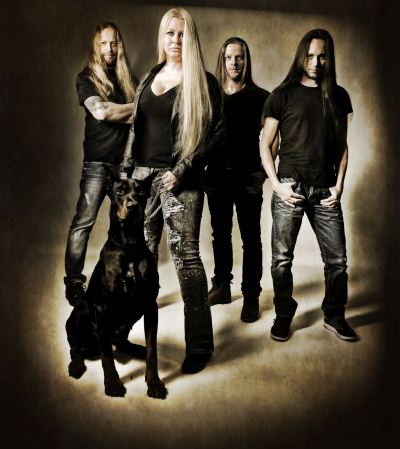 Following the highly successful ‘Code of Consequences’ released in 2011, Dutch death/thrash ragers IZEGRIM release their second album with LISTENABLE RECORDS entitled ‘Congress of the Insane’. ‘Congress of the Insane’ was recorded at SOUNDLODGE studio in Germany and introduces a hungry band who aims at getting away from a generic polished sound but yearning to a fierce, filthy, raw feel while still retaining a chunky and powerful production.

Press has been nothing but positive for ‘Code of Consequences’ worldwide. Growling front girl Marloes has proved to be a convincing and commanding vocalist , and helped along with her band fellows tight and frenzy delivery, IZEGRIM played numerous and praised live performances across Europe along with bands like KREATOR, ANNIHILATOR, ONSLAUGHT among others . These live assaults have made IZEGRIM a particularly forceful addition to the wealthy and very prolific metal scene in the Netherlands and Europe.

On the 4th of April 2020 they will play their last show in Belgium at Metalworksfest 2020. Don't miss it!

YOUR HIGHNESS emerged from the swamps of Antwerp. Armed with a huge DIY-spirit and a first full-length (Cults 'n' Cunts, Hammerheart rec. 2011), they started bulldozing the underground scene in Belgium and abroad. They released a 3-song EP (Blue Devils, Hoogheid rec., 2012) and a split-LP with Hedonist (Roughtrade, 2014). Both received positive responses from fans and promotors and got them to play Desertfest Belgium, Ieperfest, Rock Herk, Antwerp Metal Fest, ... and support bands like Corrosion of Conformity, The Sword, Torche, Karma to Burn, Acid King, ASG, Fucked Up, Saviours, Weedeater and The Shrine just to name a few.
Starting 2015, City in Ruins was released: a new full-length album, written, recorded (with the help of Epic Productions) and released over the course of one year. More sweetness to come as YOUR HIGHNESS are joining hands with Trix Antwerp as Artist in Residence and are playing Roadburn, Groezrock, Graspop, Pukkelpop, Into The Void, Akkerpop and many more. 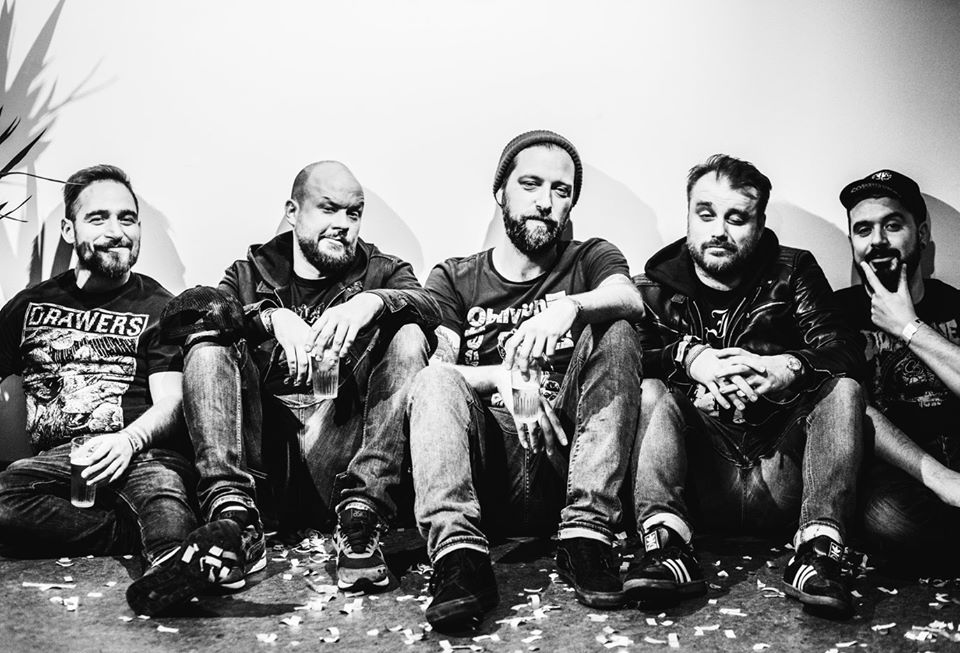 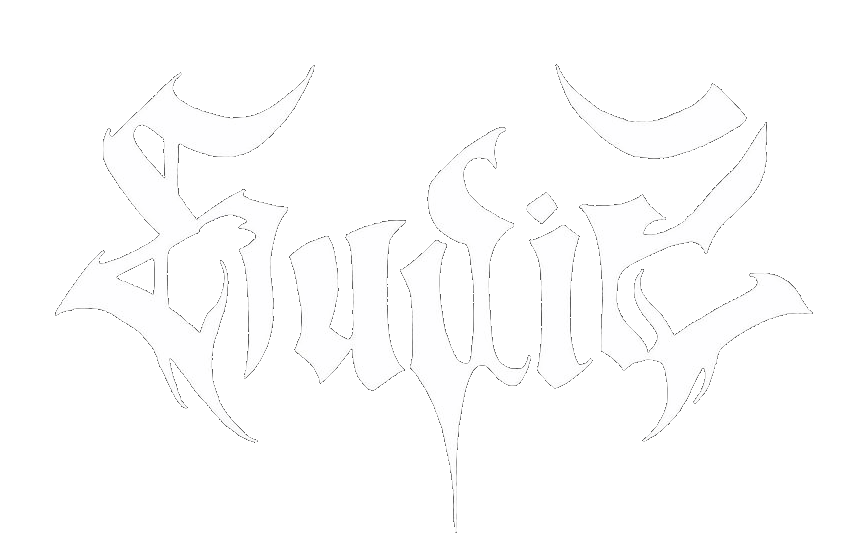 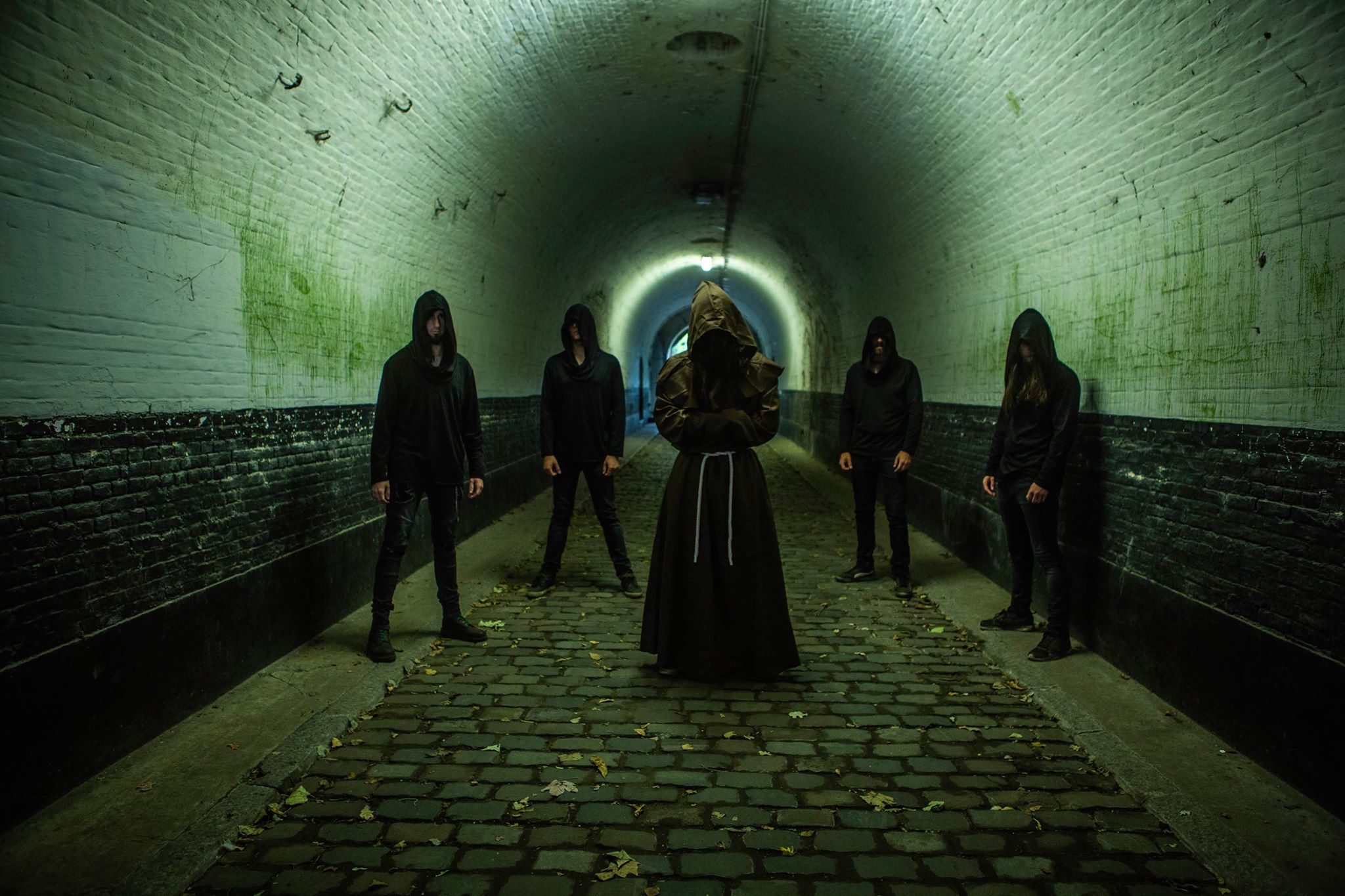 HUDIč is a Belgian band that brings a mix of death metal, black metal and doom. Their gigs are drenched in an immensely dark intensity and the band keeps redefining the border of that same darkness. Theatrical as well as vocal HUDIč remains a dark pearl. In their own words:
We couldn't conquer our demons... So we became one with them 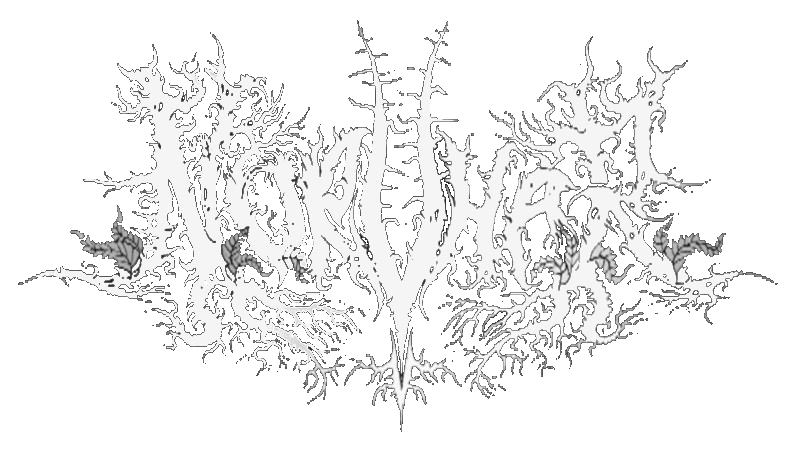 Formed in 2018 from the ashes of the band Harmoniks, NORVHAR is oriented towards pagan/folk/epic metal. It consists of six skilled musicians, all of them with stage experiences. Vastly inspired by Tolkien’s universe, but also by Nordic mythology, the texts are dense and deep, filled with adventures and battles, mystical tales and latent alcoholism.
Norvhar's Official website 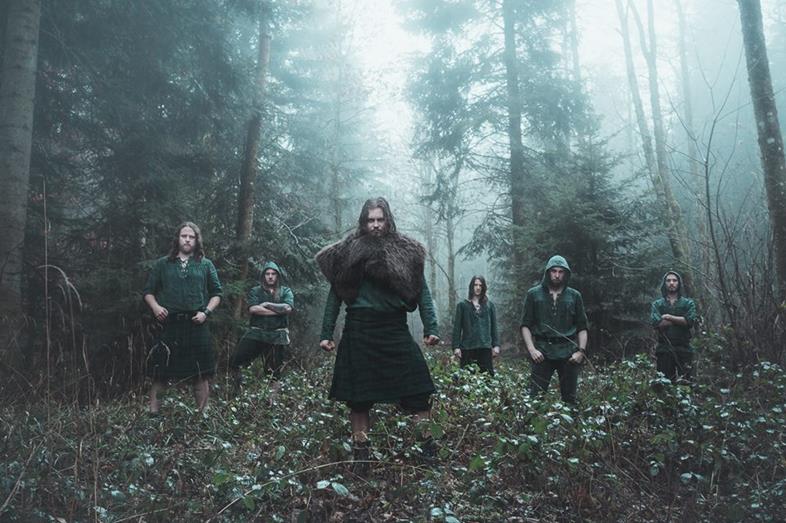 WILDHEART is a young and hungry band with a great love for the 80s and the classic hard rock and glam metal from that period. Bands such as Whitesnake, RATT, Mötley Crüe, Dokken, Van Halen are their inspiration and you can clearly hear that in their song writing. WILDHEART catapults you back to the Sunset Strip anno 1986 and lets you relive the golden ’80s! The debauchery on stage and the carefree rock ‘n’ roll vibe is their top priority and with that mission WILDHEART always takes the stage.
The band originated in 2014 and since has a lot of shows on the counter in national and international venues and festivals. They already shared the stage with LA Guns, Channel Zero, Evil Invaders, Night Ranger and Skid Row!
They are described by Rock Tribune as a mixture of Mötley Crüe, Van Halen and Dokken and in the meantime they have lived up to that expectation and have already won a lot of hearts with their reputation as a strong live act. Let them take you on their rock-and-roll journey.
Wild Heart's official website 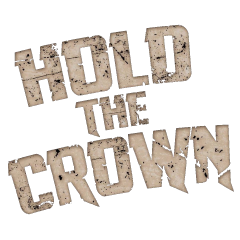 HOLD THE CROWN was founded in the summer of 2013, located in the west side of Belgium. Bringing a mix of old school 90’s style hardcore with slight metal influences. The band has his influences by bands like, Next step up, Ringworm, Merauder, Vietnom… 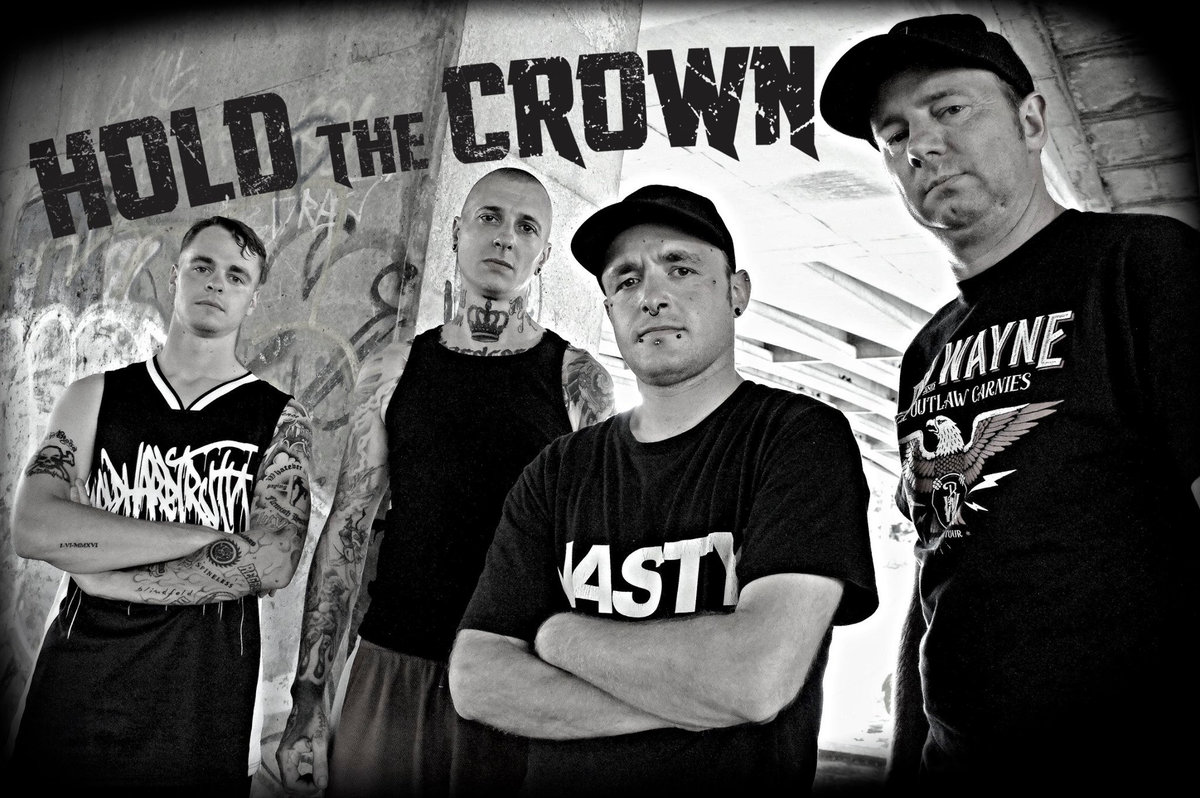